God has richly blessed our church from its small beginning on Thanksgiving night in 1909 where a group of sixteen dedicated and courageous believers met for the purpose of organizing a church until today where thousands of believers share in our weekend worship celebrations across multiple locations, on television and the web.

To learn more about our rich history, please click on the links below:

On a hill in Newtown on Thanksgiving night, November 25, 1909, a group of dedicated and courageous believers in Jesus Christ met for the purpose of organizing a church. After petitioning the First Union Baptist Church for letters, they received release from our Mother Church and the first meeting was convened at 2028 Henrico Street now known as Botetourt Street. Brother John C. Randolph organized this initial gathering.

As the church’s first Pastor, the Rev. Pinkney’s years were characterized by organizational issues. Among them was establishing the Church as an independent fellowship to be known hereafter as “The Saint Paul’s Baptist Church.” The first Sanctuary with a seating capacity of 50 or more was constructed on a sloping hill at 2026 Botetourt Street.

Rev. George Pinkney led the Saint Paul’s Baptist Church for three years. Under his leadership, this newborn church continued its upward movement. In June 1912, Rev. George Pinkney resigned and was succeeded by his son, the Rev. Timothy Pinkney, who served the congregation for one year.

In March 1913, the Saint Paul’s Baptist Church voted to call the Rev. Isaiah Hines as its third Pastor. Under his leadership, a second Sanctuary was constructed to accommodate over 200 worshippers. Rev. Isaiah Hines was known for his spirited preaching and led the church for 15 years. On the first Sunday of June, 1928, Rev. Hines resigned. During the interim following his resignation, the Deacon Board was responsible for maintaining the spiritual and business affairs of the Church.

In 1929, the Saint Paul’s Baptist Church voted to call as its fourth Pastor, one of its own ministerial sons, the Rev. Journey Archer Mosby. Rev. Mosby served as a great inspiration to the members of the Saint Paul’s Baptist Church. Providing constant encouragement, example and guidance, there developed among the members a spirit of love and friendship.

Rev. Mosby spent many hours in study and teaching, and established visitation as one of his top ministerial priorities. His example of Christian stewardship served as a shining challenge to all in times of financial austerity. Rev. Mosby maintained a great interest in the development and potential of our young people, and sought to provide them with training in order to develop their leadership abilities. A strong relationship was developed and nurtured between Rev. Mosby and aspiring theological students at the School of Religion at Virginia Union University. Students at the seminary preached many a sermon at the Saint Paul’s Baptist Church.

Recognizing the need for a larger Sanctuary to meet the demands of a growing congregation, Rev. Mosby began a building crusade to expand and beautify the sanctuary. Rev. Mosby moved first to establish firm financial footing for the church.

As the spirit of God moved, God opened the door for the Church to purchase an existing facility on the corner of 26th and Marshall Streets on Church Hill. The Church voted to relocate, rather than attempt to expand in its present location. Brother Samuel Taylor, acting as the Church’s realtor, secured our new building.

On July 21, 1957, the members of Saint Paul’s saw their dream become reality. They followed our theme faithfully, “The Church in the Heart of the Community with the Community at Heart...” This dream came to fruition as God moved on the hearts of His people, and they generously pledged themselves to insure that the property would be amortized appropriately and timely.

Rev. Mosby served the Saint Paul’s congregation for 40 years. During this time, many ministries were initiated. In 1969, Saint Paul’s Baptist Church celebrated its 12th Annual Relocation Service, the retirement of Rev. Mosby and welcomed its fifth Pastor, the Rev. James E. Leary on Sunday July 20, 1969.

After 14 years of dedicated and faithful service, Rev. James Leary resigned. On Sunday, August 29, 1983, the Saint Paul’s Baptist Church family gathered to share in an “Appreciation and Release Service” for Rev. Leary as he prepared to accept his new charge at the Calvary Baptist Church in Milwaukee, WI.

From August 1983 through September 1985, our Church Family was led under the prayerful and watchful hand of the Deacon Board led by its Chairman, Joseph Walker. During this interim period, the Deacon Board sought to lead the Church in diminishing its debt, establishing firm financial footing and beginning its search for new leadership. In appreciation for faithful and dedicated service, the Saint Paul’s Baptist Church Family shared in an Appreciation Service for Deacon Joseph Walker in November, 1985. After a long and prayerful search, the Saint Paul’s Baptist Church voted to call as its sixth Pastor, a Michigan native, the Rev. Lance D. Watson.

On October 15, 1985, Rev. Lance Watson assumed the pastorate of the Saint Paul’s Baptist Church. Since Pastor Watson’s arrival, growth and excitement have been the watchwords. We began “Adventuring Forward with God.” Under the leadership of Pastor Watson, God has richly blessed us with an atmosphere of love, cooperation, reconciliation and fellowship.

Numerically, God has blessed us. Over the past thirty-four years, our congregation has grown to more than 10,000 persons. Under Pastor Watson’s leadership, our church has commissioned more than 100 ministers in the gospel of Jesus Christ. Many of our sons and daughters in the ministry now lead congregations and serve in denominational posts around the country. Our church offers ministry to persons of every age, creed and life circumstance. Our small group network is being completely revamped using our new “Life Stage” model to touch the world with love. Our outreach is expansive.

We are “touching the world with love” through our national television outreach, “Positive Power.” Our “Breakthrough” celebration on New Year’s Eve has touched the lives of over 100,000 people in the Commonwealth of VA. We have renovated facilities at 2600, 2605 and 2608 East Marshall St. We have purchased more than 300 acres of land on Creighton Rd. where we have completed construction of Phase 1 to house our expanded ministry, mission and media operations.

Our weekend worship celebrations attract thousands of persons from all over central VA and our midweek believers’ service, “The Bridge” continues to serve as a primary source of nurture for hundreds of believers seeking to grow in the knowledge of our Lord and Savior Jesus Christ. We were the recipients of two unprecedented gifts when the Weatherford Memorial Baptist Church and the Elm Street Baptist Church in Petersburg gave us their entire campuses where we have launched our multi-site strategy. God has richly blessed us, and we are glad.

We look forward with great anticipation to what God has yet for us. As we celebrate our 110th Church Anniversary, we celebrate our movement towards the fulfillment of our dream: a world class community constructed to the glory of God. It is our hope that we can continue “communicating the positive power of Jesus Christ to our generation by finding needs and meeting them, finding hurts and healing them, finding problems and solving them.” We are “A Church for People on the Grow.” We are Saint Paul’s. 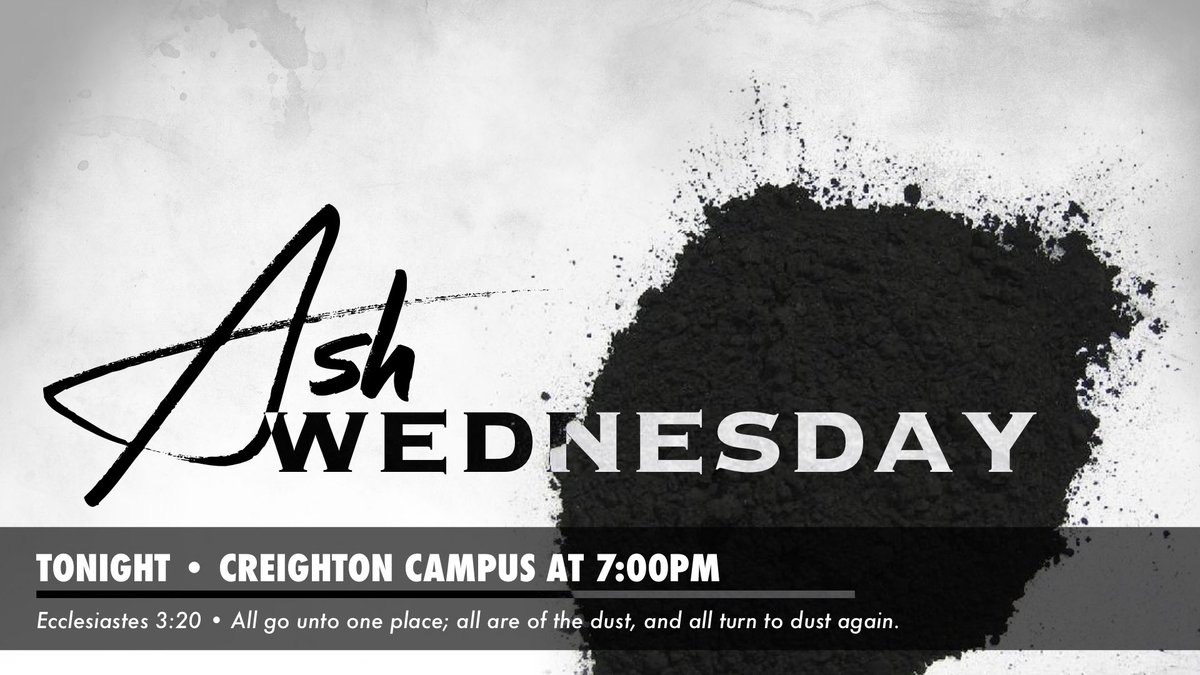 Join us tonight at 7pm - for #AshWednesday Worship Service w/ @csbcog as we begin our #LentenSeason together. 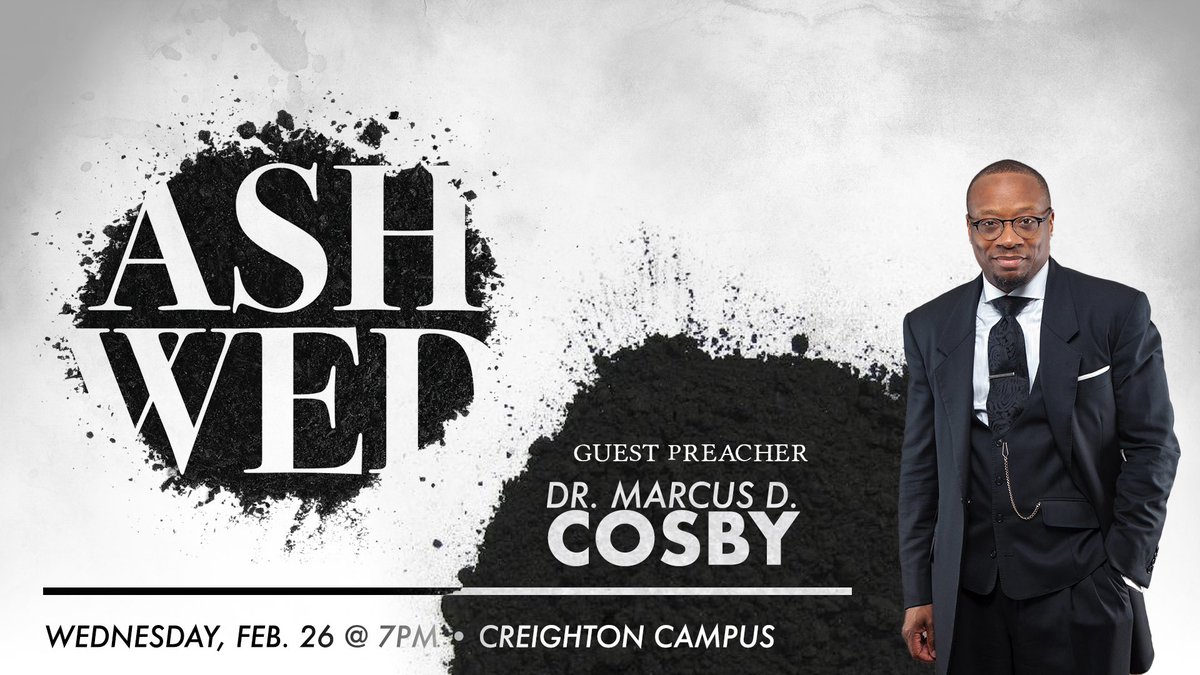 We’re getting ready to begin #Lent2020, join us as we worship together on #AshWednesday this week w/ @Pastor_MDC at 7pm - LIVE! #MySPBC #BetterBeforeBigger